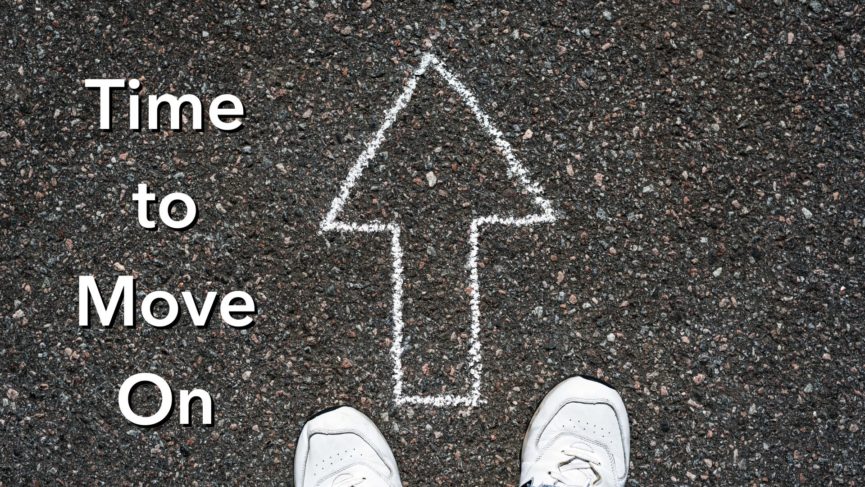 Last week, I talked about getting our lives back by embracing God’s love and acting on it. I spoke about our need to let God’s love heal us from our past hurts and sins and reframe our life story into a story of redemption. I quoted the scripture of 1 Corinthians 5:17,

[I]f anyone is in Christ, there is a new creation: everything old has passed away; see, everything has become new!

“We know that all things work together for good for those who love God, who are called according to his purpose.”

We learned that this is how we get our lives back, that is, by embracing the new life God has for us through Jesus Christ. This embracing is not only about believing in Jesus but also doing what Jesus said. But we can’t simply show up for the blessing and then forget to act on Jesus’ teachings. In other words, we get our lives back the way God wants us to by pursuing our calling in this life with faith and hope.

But what if we relapse? What if we get it wrong the first time we try, the second or the third time, and so on?

Something that happens to many Christians is that once they get their lives back, they realize that was not all of it. They are still struggling with hurts from the past and ongoing bad habits. What do I mean by this? Imagine you had a lot of baggage before you knew Christ, but then you met him, believed him, and he changed you. However, as time passes, you are returning to your old habits. And perhaps, it has been so long since you first experience God’s love that you can’t even remember how it felt, what it meant, how it changed you, and how happy you were because of it.

This can happen to anyone. Love grows colder, and suddenly, we can’t remember the taste of it. Then, one day, we look in the mirror and don’t recognize ourselves anymore; other people say the same thing, “you have changed.”

So, what now? Today, I am talking about Time to Move On as the idea that when we are stuck, we need to listen again to God to remember who we are so we can experience the life God wants for us.

For this, I am sharing a story of a people who were so blessed but lost almost everything because they forgot they were God’s people.

“Forget the former things; do not dwell on the past. See, I am doing a new thing! Now it springs up; do you not perceive it? I am making a way in the desert and streams in the wasteland.”

The context of Isaiah’s writing to the people of Israel occurs at a bleak period in Israel’s history. They were in captivity, conquered by the Assyrians, who had become the region’s dominating military and political power. They had lost everything they thought they would keep forever and were homesick for God’s promised land and blessing.

This happened because they were suffering the consequences of wrong choices against each other and God. Israel had abandoned everything they once represented as God’s people; they had become selfish and unjust. They had missed the mark of their calling as people of God. They had forgotten time and time again that the blessing given to their father Abraham and their mother Sarah was meant to be stretched out to all the families of the earth and that this was the reason for their existence and purpose.

These people lost their way because they forgot who they were meant to be. They were stuck emotionally, mentally, and spiritually. Instead of pursuing their purpose, they sought comfort and tried to be like everyone else.

But here is the good news amid such a dark backdrop: God did not forget them even if they had forgotten and rejected him. When God said, “I am doing a new thing,” God wanted them to understand that the hardship they were experiencing would not be the end of them nor define them. God wanted to give them a fresh start, a new beginning in their life, a relaunch, so to speak. By telling them, “Forget the former things,” God was saying, “It is time to move on.”

Maybe that is where we are! We may need to move on too. Perhaps we are stuck in our guilt and shame and think we are just getting what we deserve. But if that were true, if God dealt with us based on what we deserve, we wouldn’t be here. No, God deals with us with grace to bring out the best of us and make us whole again. Don’t forget that God is not in the business of destruction but redemption.

So, let’s say you know God’s love, your memory is coming back if you had forgotten, and now you are ready to get back on, reclaim your faith, and move on with it. But moving on to where and how?

One of my favorite movies of all time is Back to the Future. In this movie, when Marty McFly travels in time to the past, he stands out. He knows things, has seen things, and acts differently because he is from the future. In the first film, there are some scenes where he is considered weird for making peculiar decisions because his peers don’t understand where he is coming from. For example, when he was playing rock music with his electric guitar, people looked at him as “crazy” since they did not know that kind of music yet, but he told them, “One day your kids will love it.” See here: https://youtu.be/T_WSXXPQYeY (He was sooo right. Right, Emiliano?) He was right because he knew the future.

In the same way, when we talk about moving on, we are talking about moving into what is ahead. Just like Marty, as Christians, we should view ourselves as people of the future because we know things about the future. We know Jesus is coming back; we know we will be saved from death; we know evil will be judged; we know love is what overcomes sin; we know that what we sow, we will reap; we know that the gates of hell will not prevail against the church; we know God is with us today and will be with us tomorrow. That is a fact of the present as much as of the future.

Being people of the future is about moving on to the things we hope happen today. If our present is not better than our past, perhaps it is because, in our past, we did not act on the things we knew we should. So, here we are, reaping a tasteless and maybe even rotten fruit.

All this to say, “moving on” is following God’s path so we can become our future selves today. That is how life gets better because when we focus on whom we are becoming, everything is rearranged in our lives to be a blessing. As the promise God gave says, “Now it springs up; do you not perceive it? I am making a way in the desert and streams in the wasteland.”

That is the challenge these people had; their eyes were shut due to their remorse and could not see the path God was opening for them. They could not move on because they did not know which way to go. But we do. Jesus laid everything out for us. He revealed the path when he said, “I am the way and the truth and the life. No one comes to the Father except through me.” (John 14:6) And “If you love me, keep my commandments.” (John 14:15)

That is the path: Put your faith in Jesus and keep his teachings. This is where we need to focus on, what will help us move on, and what will make the promise of a future life a fulfilled and tangible promise today.

My friends, our best life happens when we act the hope of tomorrow today. If you know what God wants for you, you know in your heart what God is calling you to do, don’t think of it as something that will happen in the future; instead, start acting on it today. Just as God does not make us wait to give us grace or forgiveness, we also don’t need to wait to be the husband we want to be, the wife, father, mother, son, or friend we want to be. If we are waiting for our best life to happen someday, it will never happen. For many of us, it may be time to move on.

Here is where we are then: we don’t have excuses. We can’t say, “Well, God does not want me,” “God does not listen to me,” or “I am too far gone.” I think we settled that when God said, “Forget the former things; do not dwell on the past. See, I am doing a new thing!” If anything, we are past due to embracing God’s good will for us.

So, here is the invitation: It is time to move on and get on with the life Jesus has for you. Bring God into your life and decisions. Believe in Jesus, do as he says by keeping his commandments, and be the man or woman you know you are meant to be. Worry less about having and focus more on becoming.

May your choices reflect your hopes for the future and not the fears of your past. Live tomorrow today. Amen.