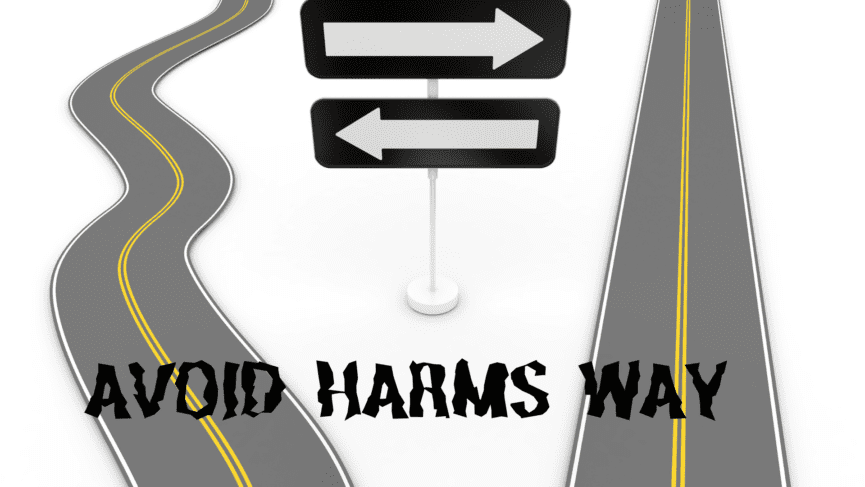 I know we just passed Epiphany, but I am still there. There are many great lessons to learn from the wise men. For example, we can learn about how they were able to find Jesus not only because they were believers but also because they were good listeners.

This makes me think of a couple of questions: How many wrong choices could we have avoided in our lives if we just had been better listeners? How many blessings could we have enjoyed today if we had listened better yesterday?

I will tell you this, almost every time I go grocery shopping, I forget something because I don’t listen with enough attention. So what I do now, I ask my wife, please just send me a text of what I need to get. Now, you would think that would take care of it. Well, I still manage to miss items sometimes. You see, listening is not only about hearing but paying attention to what is said.

For this reason, the story of the wise men could also have been titled “Men Who Actually Listen.” (If you are a woman, don’t get too comfortable on your chair, this is also about you. You know, we are inclusive here.)

“On coming to the house, they saw the child with his mother Mary, and they bowed down and worshiped him. Then they opened their treasures and presented him with gifts of gold, frankincense and myrrh. And having been warned in a dream not to go back to Herod, they returned to their country by another route.

When they had gone, an angel of the Lord appeared to Joseph in a dream. “Get up,” he said, “take the child and his mother and escape to Egypt. Stay there until I tell you, for Herod is going to search for the child to kill him.”

So he got up, took the child and his mother during the night and left for Egypt, where he stayed until the death of Herod. And so was fulfilled what the Lord had said through the prophet: “Out of Egypt I called my son.”

When Herod realized that he had been outwitted by the Magi, he was furious, and he gave orders to kill all the boys in Bethlehem and its vicinity who were two years old and under, in accordance with the time he had learned from the Magi. Then what was said through the prophet Jeremiah was fulfilled:

“A voice is heard in Ramah,
weeping and great mourning,
Rachel weeping for her children
and refusing to be comforted,
because they are no more.”

This is the second part of the story regarding the wise men. Last week, we learned that they had come from a faraway place in the East searching for the promised Savior. These men had been studying the prophecies and signs about the birth of the Messiah, and they believed them. And, in their search for the truth, they followed the star to Bethlehem and found baby Jesus with Mary and “bowed down and worshiped him.”

But before they arrived at Bethlehem, the wise men first met with King Herod in Jerusalem to inquire about the place of the birth of the King of the Jews. Herod gave the impression that he was as pleased as they were to find this baby King to come and worship him too—but that was a lie. As the wise men explained the prophecy to him, Herod asked them to go and find the child and then report back to him. He was basically telling them, “Let me know once you find him so I too may honor him and treat him well.”

But they did not go back to King Herod. Instead, after finding Jesus in Bethlehem and “having been warned in a dream not to go back to him, they returned to their country by another route.” (Perhaps this is one of the reasons why they were called “wise,” because they listened to the warnings and avoided evil and harmful ways.)

Soon after this, Joseph, Mary, and Jesus also fled away from the threat of King Herod. They, too, were warned by God against him. And once King Herod learned he was left “stood up” by the wise men, in one of the most terrible accounts in the Bible, he took out his anger on the infant children of Bethlehem, killing many of them as he tried to kill baby Jesus.

That is the full story as told in the Bible about the wise men from the East that believed in the promised Messiah, went searching for him, worshipped him when they found him, and then also declined to participate with evil.

There is a lot we can say and learn from this story, but there is one thing I want us to focus on today: Do we pay attention when God is warning us against something that will harm us or others? The wise men were able to avoid hams way because they listened to God’s warning and acted accordingly.

This lesson can be applied in different ways. For example, as it relates to our day-to-day living, one of the things I have noticed over the years is that success, happiness, wellness, and all the things that are good for us most of the time when we don’t get them is not because they are hard to find, but because we surround ourselves with the stuff that keeps them away. It could be a bad temperament, lack of responsibility, engaging in self-destructive behaviors such as addictions, unhealthy eating habits, or keeping bad relationships around us.

Life could be much better if we avoided that which harms us. Of course, it would not exclude us from challenges and disappointments, but it would save us from a path of self-sabotaging and self-destruction. I am not talking about the things that happen in life that bring us suffering and sadness that are not of our choosing, but the ones that we chose either because we were careless or did not pay attention to the warnings.

Furthermore, consider that the reason why often we don’t experience blessings is not that we don’t know how to pray for them or they are hard to find, but because we do the opposite of what we are asking for: “God, give me financial stability,” but we keep spending our money on things we don’t need, or we are not good at keeping a job; “God, give me peace,” but we are unwilling to forgive or ask for forgiveness; “God, give me a good health,” but we are irresponsible in taking care of our bodies. And so on.

Many of us have faced the sad reality of struggling to listen to God no matter how the instructions are sent to us. We think we have all the time in the world to make things right. So we say something like, “I will do it some other time; I will listen later.” But time runs out on everyone, and then it is too late to take back what we did or did not do.

The wise men teach us a powerful lesson about all this: they listened to the instructions God gave them and followed them right away; they were not bound to King Herod but to the King of kings, Jesus. They knew what God was asking from them, and they did it. That is why they are wise.

Now, here is where many may say, “I don’t know what God is asking from me!” Or, if it is after the fact, “I did not know that was going to happen!” But, come on, many things that cause harm are pretty self-evident, almost like carrying a bright LED sign that says, “I am poison, drink me and die!”

Why do we have to be convinced not to do harmful things or listen to bad people? Why is it so hard to avoid evil when we know it is causing harm to us and those around us? Why is it so difficult to decide and act on what is good for the people we love? Because we lack wisdom, which means we don’t pay attention and listen to God.

For example, imagine the wise men after listening to the warning from God, “We can handle Herod, we are smart, nothing is going to happen.” And that is what we often do, we think we can outsmart our way out of harms way, but that always ends badly and at a great cost to us and those in our lives. When we don’t listen to God’s counsel and think we can handle life on our own, we run the great risk of losing a lot: our health, our way, our family, and our time and days.

So, what do we do then? What is the point of this message? Well, it is simple, yet it could be quite challenging: Every day with we have to choose between a path of life and a path of death. The story of the wise men reminds us that our choices are one of the deepest of our spiritual practices.

Now, some of you may say, “This sounds great, but it is not for me. I have chosen wrong too many times already; I can’t have this good and healthy life you are talking about anymore.” I would say that that is why God gives us grace because it does not matter how many bad choices we made in the past. Making the right choice today changes everything.

My friends, we can always choose new and different roads from the ones we had. We can choose to go another way. God’s grace gives us the power to get back on track with the life we were intended to live if we just listen to his instructions. That is all it takes.

I invite you today to avoid harm’s way and listen to and align your life with the teachings of Jesus.