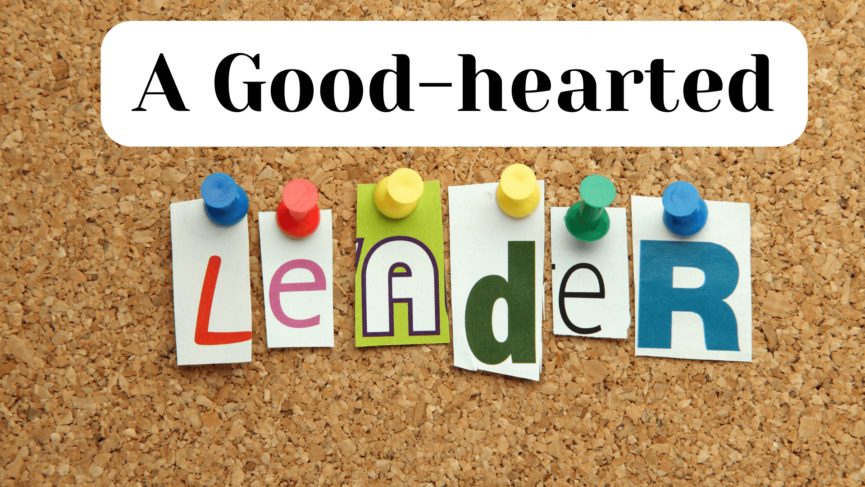 Today’s message is about leadership. We have been learning about the wise men, their faith, and hope for the last couple of weeks. Along with their story, there is part of the story of Joseph, husband of Mary, father of Jesus by law.

I don’t know if you have ever thought of Joseph as a leader. I did not for a long time until I noticed everything he did to take care of his family by protecting and providing to them to make sure they had a future. There is a reason why God brought Mary and him together as the parents of Jesus.

So, who is Joseph, and what can he teach us about leadership? His biography is limited to three chapters found within just two gospels: Matthew 1-2 and Luke 2.

“Now the birth of Jesus the Messiah took place in this way. When his mother Mary had been engaged to Joseph, but before they lived together, she was found to be with child from the Holy Spirit. Her husband Joseph, being a righteous man and unwilling to expose her to public disgrace, planned to dismiss her quietly. But just when he had resolved to do this, an angel of the Lord appeared to him in a dream and said, “Joseph, son of David, do not be afraid to take Mary as your wife, for the child conceived in her is from the Holy Spirit. She will bear a son, and you are to name him Jesus, for he will save his people from their sins.” All this took place to fulfill what had been spoken by the Lord through the prophet: “Look, the virgin shall conceive and bear a son, and they shall name him Emmanuel,” which means, “God is with us.” When Joseph awoke from sleep, he did as the angel of the Lord commanded him; he took her as his wife, but had no marital relations with her until she had borne a son; and he named him Jesus.” (Matthew 1:18-25)

In these two chapters, we read about Joseph looking after his family. First, by protecting Mary from public humiliation after learning about her pregnancy; then, keeping his family safe (Mary and Jesus) when King Herod was threatening them.

What kind of man was Joseph? What do we know about him?

Joseph’s story is limited to these chapters, and in them, we learn he was husband to Mary and father to Jesus, the man entrusted to raise the Son of God. In addition to this, we also know Joseph was a carpenter by trade and taught Jesus the craftmanship too.

However, we also know that his lineage is traced back to King David. Through him, Jesus has a claim to the throne of David as the prophecies proclaim; hence, he is the Messiah, the one that people shouted about as he entered Jerusalem for his last Passover, “Hosanna to the Son of David! Blessed is the one who comes in the name of the Lord! Hosanna in the highest heaven!” (Matthew 21:9)

But what tells us more about what kind of person he was, is what he did when Mary got pregnant and Jesus was born.

As we read in Matthew, he was a man of faith that obeyed God in the face of public shaming due to Mary’s mysterious pregnancy. Before God revealed to him the meaning of Mary’s pregnancy, he protected her; and once he knew and understood what was happening, he married and looked after her. Then, when Jesus was born, in a great act of courage, he took his family away from King Herod to Egypt to save them.

In all of this, Joseph did the right thing before God in the right manner for the sake of his family. His actions speak volumes about his faith and character, and his example is worthy of imitation.

So, when it comes to leadership, we learn several critical leadership lessons from Joseph’s testimony.

To begin, Joseph was a man of God, a spiritual man that believed and honored God. We see this in his response to Mary’s news about her pregnancy. Joseph could not marry Mary, who was now thought to be unfaithful. When Mary told him she was pregnant, the Bible tells us that he “being a righteous man and unwilling to expose her to public disgrace, planned to dismiss her quietly.” He knew the consequences for Mary, and he was led by compassion to protect her.

Often, we think about “spirituality” as an abstract concept where “spiritual people” all do is pray or meditate. But spirituality is a tangible practice that is expressed through acts of compassion.

For example, Jesus accused the religious people of his time of being too spiritual that they did not have time and did not care to look after those in need. They were too busy praying in the public plazas to be compassionate (sarcasm intended).

Also, Joseph was a trustworthy person, someone that you could depend on. We can see this in how he treated Mary and his role as a father of a child that wasn’t his own. He was a faithful and loving father who provided security and stability to his family. Joseph was the kind of person you could rely on to do right and keep his word. He was responsible and consistent.

Furthermore, he was selfless, looking after other people’s wellbeing. He did not use his family, particularly Jesus, to benefit from them. Instead, he invested himself in them to bless them—as he had done all this time. He shared his knowledge and skills by training Jesus in the carpenter’s trade. He also imparted spiritual direction to him by example and instruction. That is a powerful reason why God chose him as the father of Jesus.

This is the kind of character that describes Jesus’ per the apostle Paul in Philippians, 2: 5-8,

“Let the same mind be in you that was in Christ Jesus, who, though he was in the form of God, did not regard equality with God as something to be exploited, but emptied himself, taking the form of a slave, being born in human likeness. And being found in human form, he humbled himself and became obedient to the point of death—even death on a cross.”

This was the kind of man Joseph was: a selfless person with a natural inclination to serve and contribute to the wellness of others.

Joseph was also to handle adversity and challenges. Mary’s pregnancy undoubtedly caused gossip and judgment for them both. Whispers of infidelity and adultery perhaps were in the air. Regardless, after God showed him the meaning and purpose of Mary’s pregnancy in a dream, he married her despite the criticism from those around him. Then he also endured the difficult circumstances of traveling to Bethlehem for the census during Mary’s pregnancy. And, later he had to flee to Egypt with his family out of fear for Jesus’ safety.

Joseph was not a coward or a person led by convenience. On the contrary, he overcame the threats against him and his family with courage by doing what was right even in the face of hardship and imminent death.

Last, Joseph was decisive and wise in his decisions. He was thoughtful and did not rush in making critical decisions that affected him and others. We see this when he faced the fact of Mary’s unexpected pregnancy. He didn’t react with anger by losing his mind; instead, he thought first about Mary’s wellbeing and planned how to respond to keep her safe.

Joseph was as thoughtful as he was a brave and spiritual man. His mind and heart worked together to decide the best course of action. Joseph was committed to doing what was right and compassionate.

The most important thing is that Joseph was a man after God’s own heart in all of this. He was a good leader because he was a good man. Leadership skills can be taught and learned. But the most critical thing is to nurture good hearts. Leadership can be a tool for abuse and oppression or protection and compassion. As Jesus said, “The good person out of the good treasure of the heart produces good, and the evil person out of evil treasure produces evil; for it is out of the abundance of the heart that the mouth speaks.” (Luke 6: 45)

Here is the invitation and charge: Be a good-hearted leader by loving your church and serving them well. Faith makes us family. So, as Joseph did for his family, make sure your people have a future too. Amen.